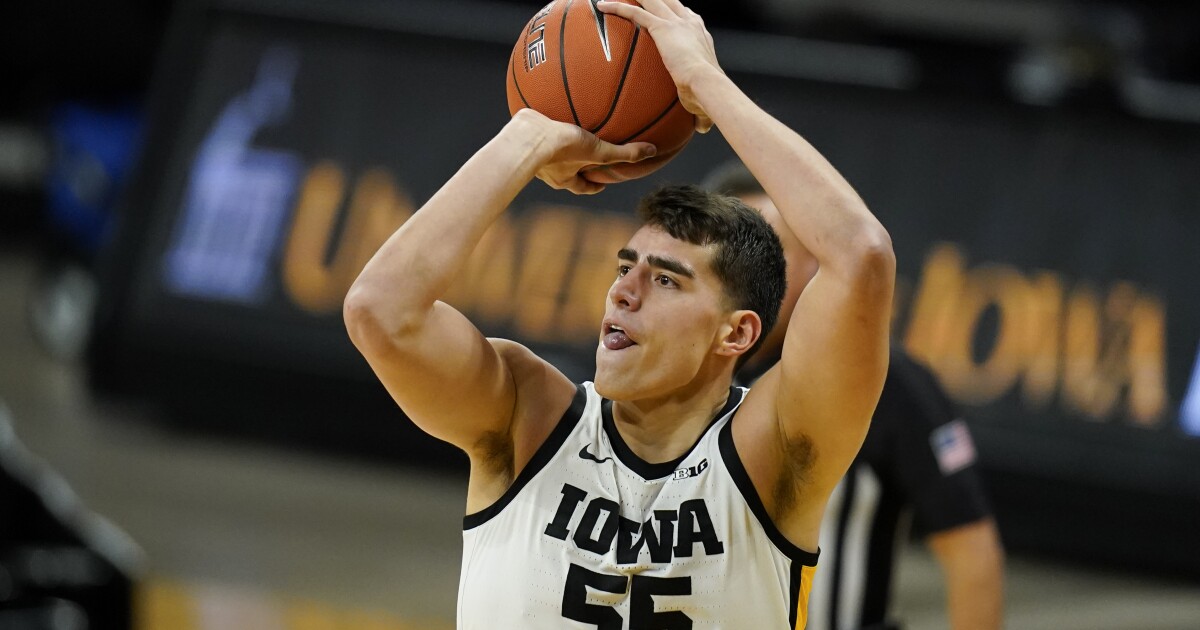 Luka Garza scored 35 points, 30 in the first half, and grabbed 10 rebounds as No. 3 Iowa stayed unbeaten with a 99-58 win over Western Illinois on Thursday night.

Jack Nunge, playing his first game this season following the death of his father, matched his career high with 18 points for Iowa (3-0). Joe Wieskamp added 11 points and Patrick McCaffery scored 10 for the Hawkeyes.

Garza reached 30 points in the first half for the second consecutive game. He had 36 by halftime of last Friday’s 103-76 victory over Southern.

It was the 19th straight game of 20 points or more for Garza, the lone unanimous selection on The Associated Press preseason All-America team.

Kansas (3-1) had opened with a pair of games in Florida and beat Kentucky in Indianapolis before returning to the friendly confines of Allen Fieldhouse. Players sat apart from each other, much like they have at other venues, and the recent surge in positive coronavirus cases forced school officials to limit attendance to a couple hundred staff and family members.

Washburn (3-1), coached by former Jayhawks guard and Bill Self assistant Brett Ballard, wasn’t rattled in the opening minutes. Levi Braun hit a trio of early 3s, Jonny Clausing bulled his way to a couple easy baskets, and the Ichabods managed to hang within 27-22 at the under-8 timeout of the first half.

McCormack and Wilson began to be too much, though.

Tyrece Radford added 13 points and Justyn Mutts had 10 points and nine rebounds for the Hokies (4-0). They led 30-23 at halftime and used a 9-0 run in the second half to take control. Radford had five points in the burst, including a three-point play to finish it.