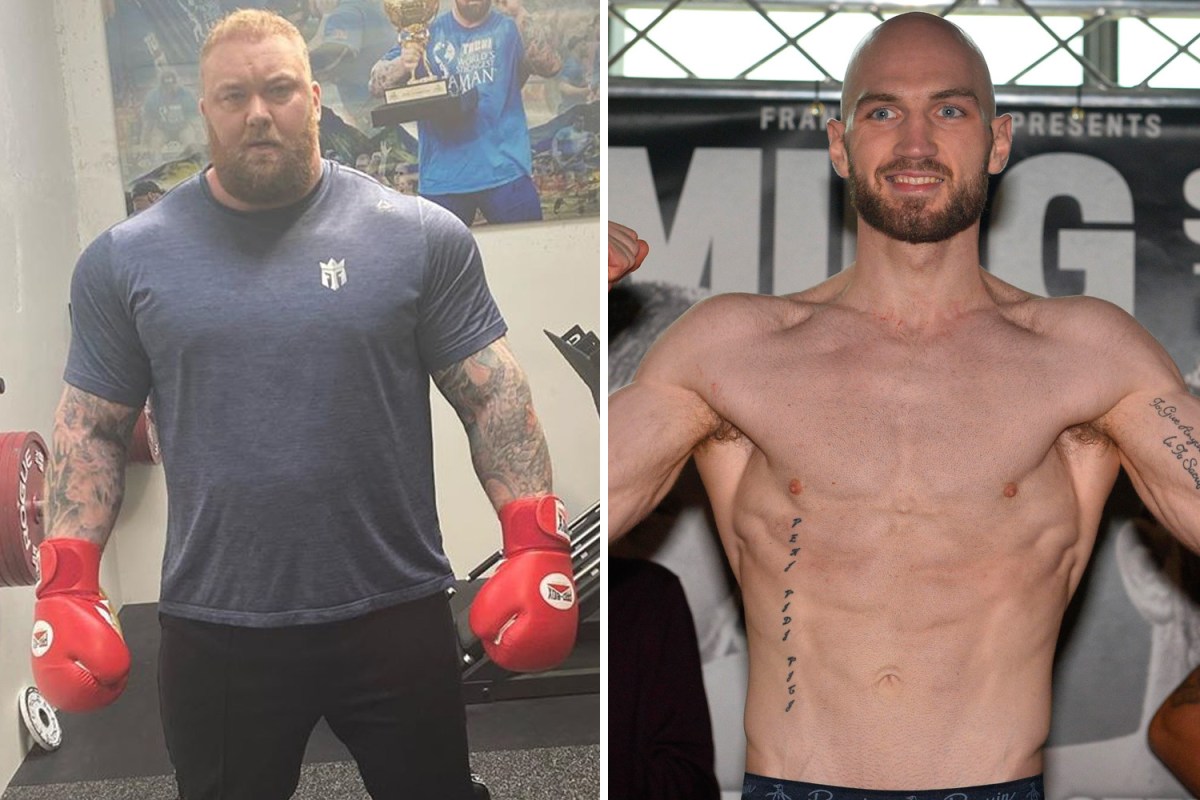 GAME OF THRONES star Hafthor Bjornsson has confirmed that he will make his boxing debut against a fighter over 12 STONE lighter than him.

The 32-year-old, also known as ‘The Mountain’ from the hit TV show, will step into the ring to face Steven Ward on 16 January 2021.

The exhibition bout will serve as a warm-up for Bjornsson’s highly-anticipated clash against fellow strongman Eddie Hall next September.

The 6’9 Icelander weighed in over 32 STONE when he set a world record for the deadlift back in May.

But he recently revealed he has dropped down to 26 stone with further cuts planned after realising his ambition to step into the boxing ring.

However, Northern Irish pro boxer Ward will still be giving up a hefty size advantage when he travels to Reykjavik for the fight – which will be held over three three-minute rounds.

Ward, 30, most recently bounced back from his one defeat on his 14-fight senior record with a six-round points victory over Jone Volau on his cruiserweight debut.

And he revealed he jumped at the opportunity to face Bjornsson but admitted he hasn’t even seen the show that made his opponent famous.

He told Belfast Live: “It all sort of came out of the blue, and it is something different.

I’ve never watched Game of Thrones, so I wasn’t even aware of Bjornsson’s role in the show. He’s massive!

“It is a bit left-field but when the opportunity was put to me I said yes. Boxing in the current climate is difficult, and getting fights is tough.

“My last fight was in September, and it could be February or March before I fight professionally again, and I have a young family.

“So when this was put to me I thought it through and said I would do it.

“I’ve never watched Game of Thrones, so I wasn’t even aware of Bjornsson’s role in the show. He’s massive!

“But I have met him before. I saw him in Belfast and saw him working on the bags. He is athletic and can move for a big man. He definitely surprised me.

“It will be something totally different and will keep me ticking over.

“I am hoping to get another fight in February or March so this will keep me active and training.”