Here is what to watch for when the Spartans and Titans tip off at 5 p.m. at Breslin Center in East Lansing (Big Ten Network). 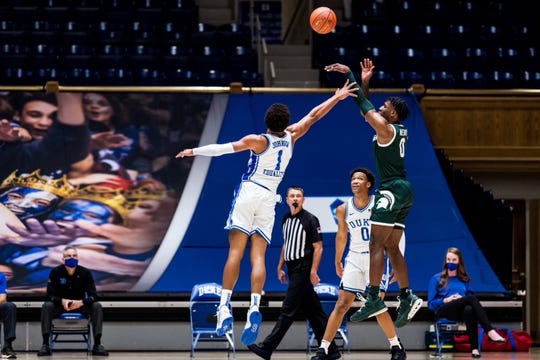 Perhaps Izzo’s biggest gripe about a top-10 win on the road — one that improved his all-time record against Duke coach Mike Krzyzewski to 3-12 — was the Spartans’ struggles moving the ball against the Blue Devils’ man defense.

After getting assists on 53 of 60 baskets in the Spartans’ first two games against Eastern Michigan and Notre Dame — both of which played a lot of zone defense — MSU managed just nine assists on 27 makes at Duke and committed 15 turnovers that turned into 19 points for the Blue Devils.

“I thought we did a very average job offensively. In fact, it was poor,” Izzo said. “I did not like the way we dribbled the ball to death. I give Duke some credit for that, I think they did a helluva job defensively. I didn’t like the way I coached, because I didn’t think I had us prepared for the pressure like I should. That was far from a Picasso.”

[ MSU’s Rocket Watts was a star vs. Duke, but so was Foster Loyer ]

That was coupled with what Izzo felt was a frustrating, foul-filled first six minutes, in which the Spartans fell behind, 13-3, while missing 10 of their first 11 shots. MSU shot 14-for-25 the rest of the half and shot 41.7% overall.

The Spartans offset that by clamping down on the Blue Devils, holding them to 5-for-23 shooting from 3-point range, with four of those makes coming after MSU went up by 16 points with 12:17 left to play. And Izzo’s team outrebounded Duke, 46-40, and gave up just seven second-chance points.

“Maybe the defenses are ahead of the offenses, but we need a lot of work offensively.” 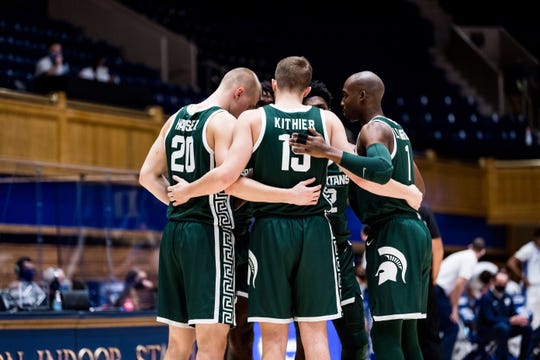 “If anybody feels tired or somebody falls off and isn’t doing so well, I think that’s the great part about depth,” Hall said Thursday. “Being able to have the next-man-up type of team and people being able to come in and do their thing even if somebody’s having an off day, because they know that next week, the roles could be reversed.”

Rocket Watts scored 20 points in his first start at point guard, while Foster Loyer came off the bench and had five points and five rebounds and took two charges. Izzo even got Aaron Henry some time at point guard, something he approached his junior guard about over the summer. Henry finished just 7-for-21 shooting but had 14 points, five rebounds, five assists, three blocks and three steals, with four turnovers.

“After the game, I said to Aaron, ‘It’s not as easy to do as you thought?’ He looked at me and went, ‘Hell no, it’s not.’ It’s taxing,” Izzo said. “And so we’re gonna be able to use him there in spots, but I got so many other positions I want to play him at. … I’m gonna use him where I need him.

“But I think he showed where he can do that and still lead our break some. And that’s encouraging for me.

It is the third season opener for coach Mike Davis with the Titans, who went 8-23 last season. Detroit Mercy had its first three games canceled due to COVID-19 issues.

The Titans have seven transfer players on their roster. MSU recruited 6-11 forward Taurean Thompson, who initially chose Syracuse before transferring to Seton Hall and will make his UDM debut as a graduate transfer at Breslin.

Davis is 6-7 all-time as a coach against Izzo, including 12 meetings from 2000-06 after Davis took over for Bobby Knight at Indiana. In his first game against MSU in 2001, Davis’ Hoosiers upset Izzo’s team, 59-58, in Bloomington while the Spartans were No. 1 in the nation. Then, while at Texas Southern, Davis upset the Spartans in December 2014 at Breslin, 71-64 in overtime.

Izzo is 1-3 all-time against Detroit Mercy. He lost in each of his first three years by a combined six points before finally defeating the Titans at Breslin, 80-70, on Nov. 12, 2001 — the last meeting between the programs.

“I never forget a loss, especially an in-state loss,” Izzo said. “I never, ever forget ’em. … There’s always good memories about playing in-state teams though. At the end of the day, a lot of those kids wanted to play here, wanted to play at Michigan. That’s the scary part. The good part is we’re giving a lot of kids an opportunity to fulfill a dream. And that’s the good part.

“So we just got to be ready to play. I think you’ve seen all over the country, upsets. I mean, this would be an upset, but there’s been bigger upsets than this, especially when we don’t know anything about their team.”

The Spartans get back into the rhythm of moving the ball and continue to show their offensive firepower and depth in scoring. They also show how much three games helped build cohesion against a Titans squad getting to know each other in their debut. Pick: MSU 94, Detroit Mercy 68: 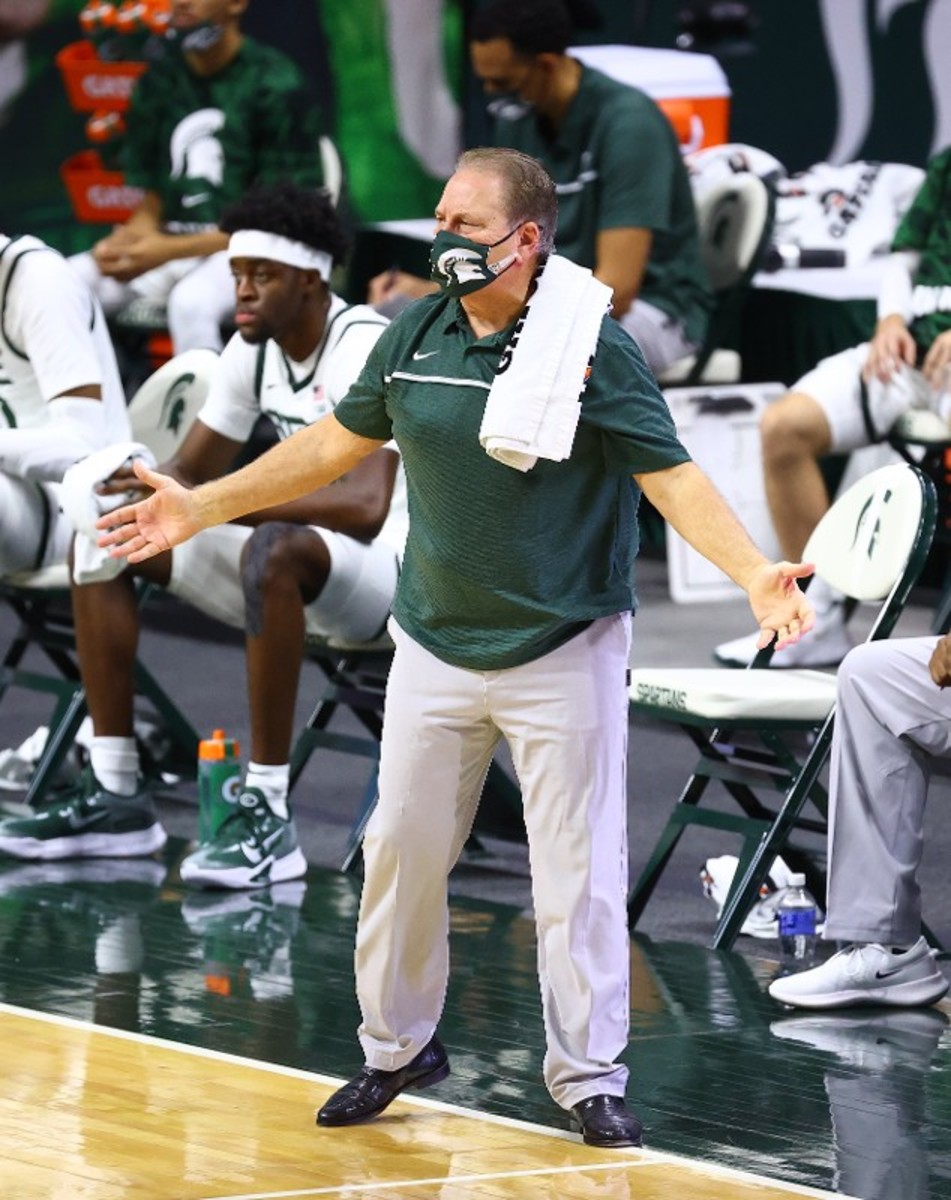