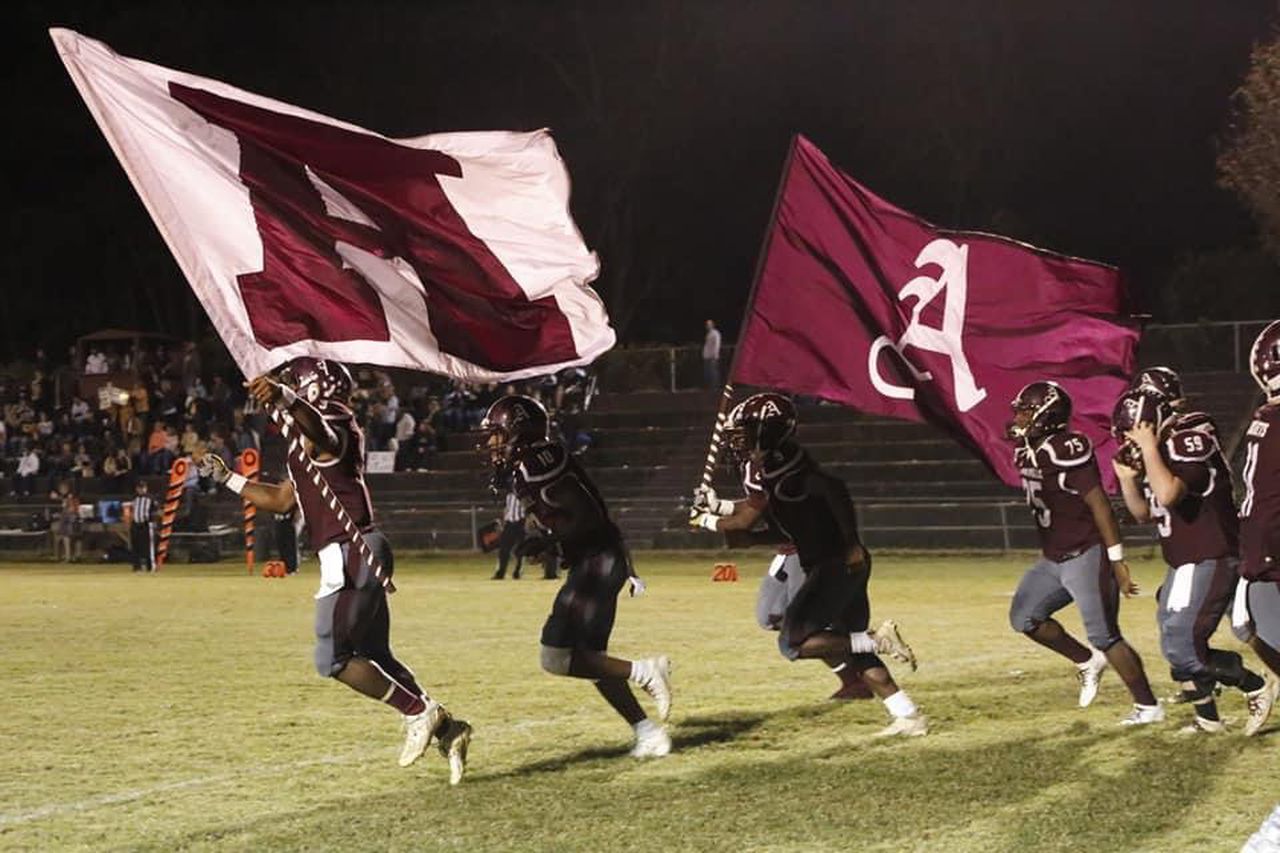 When they tell you the team from Henry County is like a family, buddy, they literally mean just about everyone is related through either blood or tears.

The Abbeville High School football team is bringing 30 players to Tuscaloosa this week for its state championship football game, and there are five sets of brothers on the roster. What a year. What a story to tell. This is the first season for Abbeville coach LaBrian Stewart, and he was hired less than a month before fall camp during the 2020 coronavirus pandemic. Abbeville has lost one game.

The success has nothing to do with Stewart, he says. It’s the kids. They’ve all grown up together down there in the shadows of Jimmy Rane’s pine trees and Great Southern Wood. This is the season they’ve been waiting to play their entire lives. They’re tough country boys who do things like play both ways in a 60-45 state semifinal victory over Leroy … during a pandemic … without testing for the coronavirus.

That’s one for the yearbooks.

No matter what happens in the Super 7 this week at Bryant-Denny Stadium, Abbeville played brilliant and brave football to get there. The Super 7 begins on Wednesday with the AHSAA Class 7A championship between Auburn and Thompson. Abbeville (12-1) plays Mars Hill Bible (12-2) at 2:45 p.m. on Friday for the Class 2A state title. The Abbeville Yellow Jackets, with their maroon and white uniforms, might be the most unlikely team playing for one of those iconic blue-map trophies in this season of football during a pandemic.

RELATED: Breaking down Thompson vs. Auburn in the 7A state championship game

College football players and the pros in the NFL have absolutely nothing on the high school kids this season. Throughout the state, testing for the coronavirus was never required to play football. For the families of football players, this season has been a worry and a reward. Stewart says his team has been spared an outbreak.

“Just to be honest, this is nothing but God,” Stewart said. “He has shown no matter what the circumstances, he is taking care of us if we take care of each other.”

Abbeville doesn’t get many visitors, so that has helped. Highway 431′s gas stations, where travelers stop to fill up on the way to the beach, have been the biggest concern. Tucked away in Henry County, Abbeville doesn’t really have much except for family, church, school and football. There’s a Food Giant and a couple really tasty restaurants and grills. Everyone knows each other in Abbeville, and most of the players on this season’s team grew up playing together.

There’s Jess Hoffman Jr., who has been the team’s center since he was five years old. Ricavious Dozier is the running back who went for over 200 yards with three touchdowns against Leroy. He also made 12 tackles at linebacker.

The senior has started on defense since eighth grade. He wants a scholarship for football, so could someone please make that happen?

Martavous Glanton, who has accounted for 36 touchdowns, is the quarterback maestro of Abbeville’s new spread offense, which was implemented in the preseason without spring practice or offseason workouts. How did they make it all work?

“I got a group of kids that fight for each other,” Stewart said.

What does that mean, exactly?

Listen, junior Christopher Williams fought all year at receiver without a touchdown catch to show for it. Then, against Leroy, he had three. That’s fight. That’s a valuable lesson learned in football pads.

Was it reckless for the state and the AHSAA to sanction high school football during the pandemic without testing? Yes, it was. Was it worth it? Hard to say. Will Williams remember that night against Leroy for the rest of his life? Like it was a song from the ancestors.

In addition to Abbeville’s five sets of brothers there are also cousins. Stewart isn’t quite sure on the number. Could be everyone. Might as well be everyone. For a first-year coach, honestly, it’s sometimes hard to keep track of the family trees. Most everything has been a blur this season.

RELATED: Top recruits to watch during the Super 7

RELATED: A look at this week’s Class 4A-1A championship games

On Tuesday, with his team needing a hotel for Wednesday night, Stewart was still trying to get a reservation squared away. When the school’s “bookkeeper” calls you to the office over the intercom while you’re talking to the reporter on the phone while also administering 25 push-ups for discipline while also coordinating the daily workout, stuff can get lost and forgotten.

Just not what got you there.

What’s the discipline for, Coach?

Someone touched a basketball before workouts.

Is there a phrase for when coach-speak becomes poetry? We should invent one. In the meantime, know that Wiregrass values might just be the thing to save us all.

They certainly saved this season for Stewart, who got the job at Abbeville over the summer despite not being a head coach since 2016. That season, he went 0-10 at Dothan Northview.

He readily admits the only reason he’s even in this unlikely position of playing for a state title in his first year at the school after being hired three weeks before the season is because the community of Abbeville is so tightly woven. Without the support of “Hive Nation,” Stewart knows, none of this would have been possible.

“I haven’t had to buy one bottle of sanitizer,” he said over the phone this week, delivering a quote in casual conversation that pretty much sums up the spirit of high school football in 2020.

Communities rallied and did the best they could. Stewart says Abbeville has done it by “not being fearful, but being respectful of others.”

“This community comes together for their kids,” Stewart said. “It’s not just athletics. It’s the whole community.”

And now, winners of the fall, the reward is here for Abbeville, a trip to the campus of the University of Alabama where they cleared out all the students before the end of the semester for fear of spreading the coronavirus.

Joseph Goodman is a columnist for the Alabama Media Group. He’s on Twitter @JoeGoodmanJr.

MORE FROM JOSEPH GOODMAN: The Iron Bowl when Nick Saban was just like us

Trump honors football coach Holtz as ‘one of the greatest’